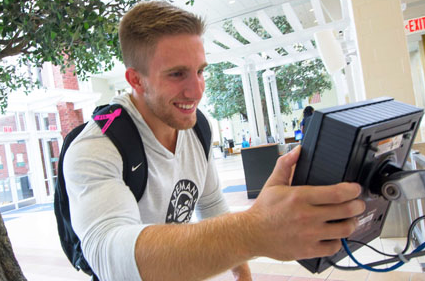 At Georgia Southern University students pay for their meal in the two dining commons using a iris-based authentication system. The commons’ iris-based ID authentication system became so popular with students the university recently added an Iris reader to access the campus’ recreation center. Since the first Iris ID reader was installed in August 2013, the systems has been used more than 3 million times.

The Iris recognition technology eliminated the use of cards and became popular because of the speed and accuracy.